The Chase‘s newest Chaser Darragh Ennis has revealed why he hasn’t appeared on the quiz show for a while.

After noticing his absence, fans took to Twitter to ask if Darragh had been sacked from his role.

The scientist, named The Menace, responded to the claims on his own social media. 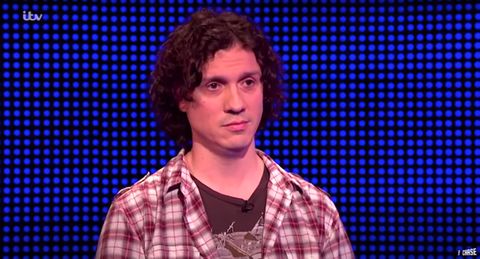 Related: The Chase star Anne Hegerty reveals the circumstances that would make her leave the show

“Sigh. I’ve not been sacked,” he wrote. “The nature of random scheduling means sometimes we don’t have a show air for a little while, and sometimes we’re on 2 or 3 times in a week.”

He added a link to the song ‘Good Things Come To Those Who Wait’. Darragh then received a number of questions from fans, including one asking why the shows were aired out of order to the episode number.

“Not my department but it can be to ensure a mix of wins and losses each week,” he wrote.

“Sometimes they move a show if a question is there about someone who e.g. died recently. But not my gig, the schedulers and producers have a very tough job tbh. Heroes all.”

He also responded to a viewer who asked if he expected to become “such a sex symbol” when he joined the show.

“Of course I did! I’ve seen mirrors,” he added. 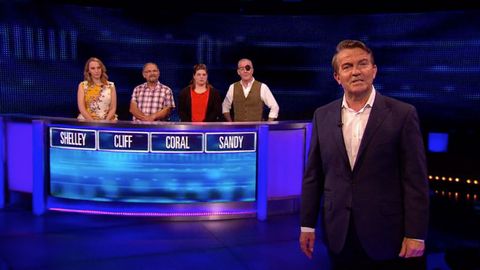 Darragh was announced as the newest chaser in 2020, after previously appearing on the show as a contestant.

He became the sixth Chaser, joining the current team alongside Mark ‘The Beast’ Labbett, Anne ‘The Governess’ Hegerty, Jenny ‘The Vixen’ Ryan, Shaun ‘The Dark Destroyer’ Wallace and Paul ‘The Sinnerman’ Sinha.

The Chase airs weekdays on ITV.

Digital Spy has launched its first-ever digital magazine with exclusive features, interviews, and videos. Access the latest edition with a 1-month free trial, only on Apple News+.