Coronation Street‘s Kimberly Hart-Simpson has come out as pansexual after signing up for Celebs Go Dating.

The actress, who played escort Nicky Wheatley on the ITV soap, previously announced that she was bisexual.

Ahead of joining the Channel 4 dating show, however, she has now revealed that she is pansexual.

“I have dated people who are male, female, transgender…” she told the Mirror Online. “Gender is completely irrelevant to me.”

“We’re all on different spectrums. There are many qualities about me I would deem just as much male as female. It’s about the person, not what sex they were born. I just fancy everybody.”

Revealing that she used to change her Tinder search profile to “both”, she explained: “When I woke up the next day, I’d think, ‘OMG, I hope no one I know has seen me’. Then I realised if they had, it would mean they were gay too.” 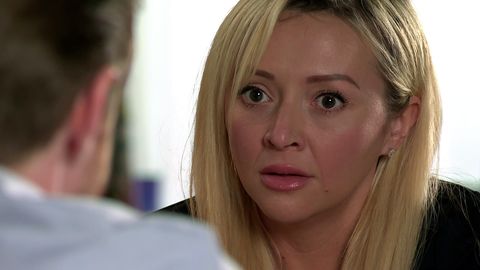 She added: “It clicked, and I realised I’m surrounded by non-judgmental people and a loving family supporting me.”

Kimberly joined Corrie last year as sex worker Nicky, who helped Daniel Osborne come to terms with his wife’s death following her battle with cancer. The actress left the soap in September, but the door has been left open for a potential return.

Coronation Street airs on Mondays, Wednesdays and Fridays at 7.30pm on ITV, with occasional Friday episodes airing for one-hour blocks at 7.30pm.

The Road to Coronation Street [DVD]

The Unwelcome Visitor by Denise Welch

Deirdre: A Life on Coronation Street by Glenda Young

Snow on the Cobbles by Maggie Sullivan

Starting Over by Denise Welch

Jack Duckworth and Me by Bill Tarmey

A Working Diary by Julie Hesmondhalgh

Behind the Laughter by Sherrie Hewson