One of the things I was most disappointed with when I first started Cyberpunk 2077 was the lack of cool cybernetic implants and body modifications to choose from in the character creator. I’m not knocking the few shiny wires and lines we could choose to embed in V’s face, I think those are very good actually, there just aren’t enough of them. Thankfully, modders exist, and they’ve made a bunch of good’uns that let you properly cyberify your V – including a full-body chrome mod.

Here’s a little vid of me messing around with some cool cosmetics mods (warning: V’s chrome boobs are very much out in this because one of the mods just didn’t want to clothe them).

The first one you’ll see is “Crazy Potato’s” Chrome V mod. I like this one a lot. I’m always very jealous of the various NPCs with weird futuristic skin textures, and I’m baffled why that isn’t an official option for players. The only downside to this mod is that V’s magumbos poke out of her clothes a bit with it activated. There’s no nip though, so it’s not super NSFW or anything (I suppose she’s kind of like a robot at this point, therefore making nips redundant).

Next up is the Plastic V mod by “Dobrov”, it makes V’s skin go all futuristic Barbie-like. I feel like this one fits into the world a lot better than the chrome, because it’s not as obvious that V doesn’t have real skin until you look a bit closer.

It’s worth noting with both these full-body texture mods you’ll need to wear certain items for them to work, otherwise parts of V’s body disappear. For example, the plastic mod will remove your eyes if you don’t wear very specific glasses. To that end, you’ll probably notice V’s arms are also invisible while I’m using the plastic mod in that vid. I followed all the instructions to make that not happen, alas to no avail. I kinda like it though. I mean, she still has parts of her arms, she just looks a bit like Rayman now – the most cyberpunk video game character.

If it’s facial stuff you’re after, I recommend the Netwatch Cyberware mod by “l2ahman”. As the name implies, it gives you the face-hugging cyberware seen on the Netwatch agent in Cyberpunk’s main campaign. It doesn’t look quite right on my V because it hides under her hair, but I do like the chunky look to it. Some sturdy cyberstuff right there. 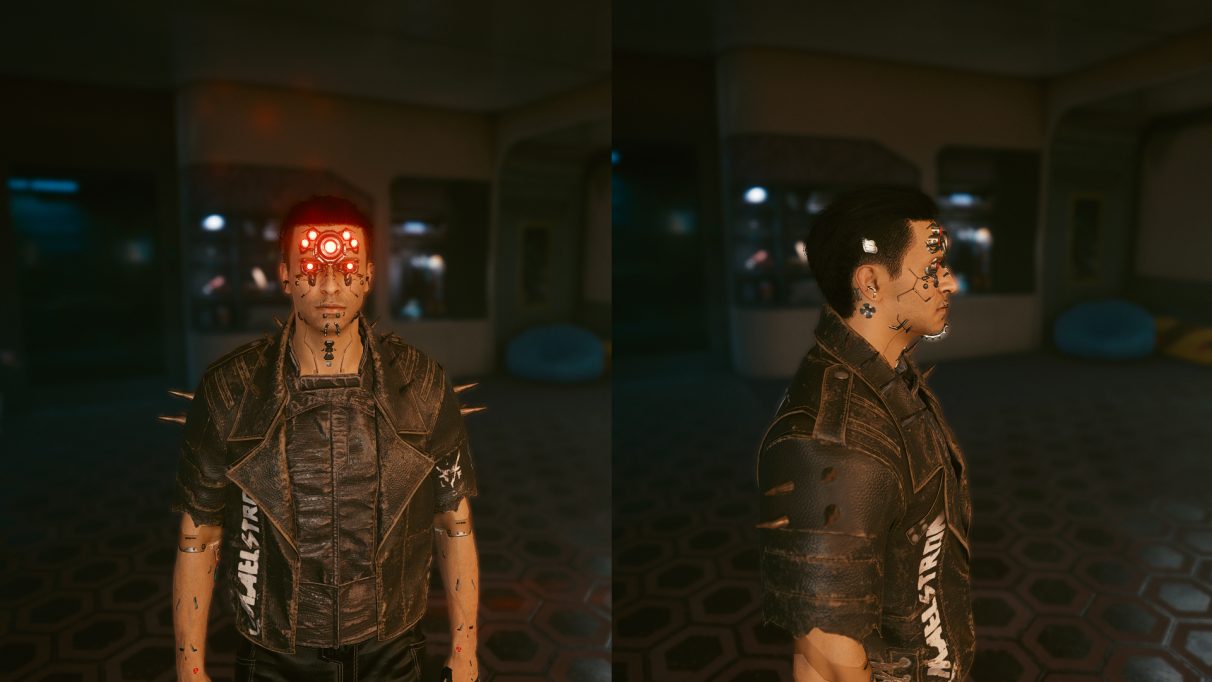 I wish female V could use these borg eye things, they look so freaky. (Screenshot from Kriegerurteil on Nexus Mods.)

Cyber Eyeware by “Kriegerurteil” also has some great options, letting players use cyberware like the freaky borg eyes (the ones that look a bit like Widowmaker’s visor in Overwatch). Unfortunately these only seem to work with a male V, so I wasn’t able to try them out.

Lastly, some honourable mentions for Valentino Cyberarms by “Soriyumi” and Cyberarms Library by “Padhiver”, both of which have some brill replacements for the various cyberarms you can get in the game. I couldn’t try these myself because I sadly don’t have enough street cred to get said arms. Maybe I would have enough if I spent more time actually doing missions, rather than constantly trying to make V look cooler than everyone else. 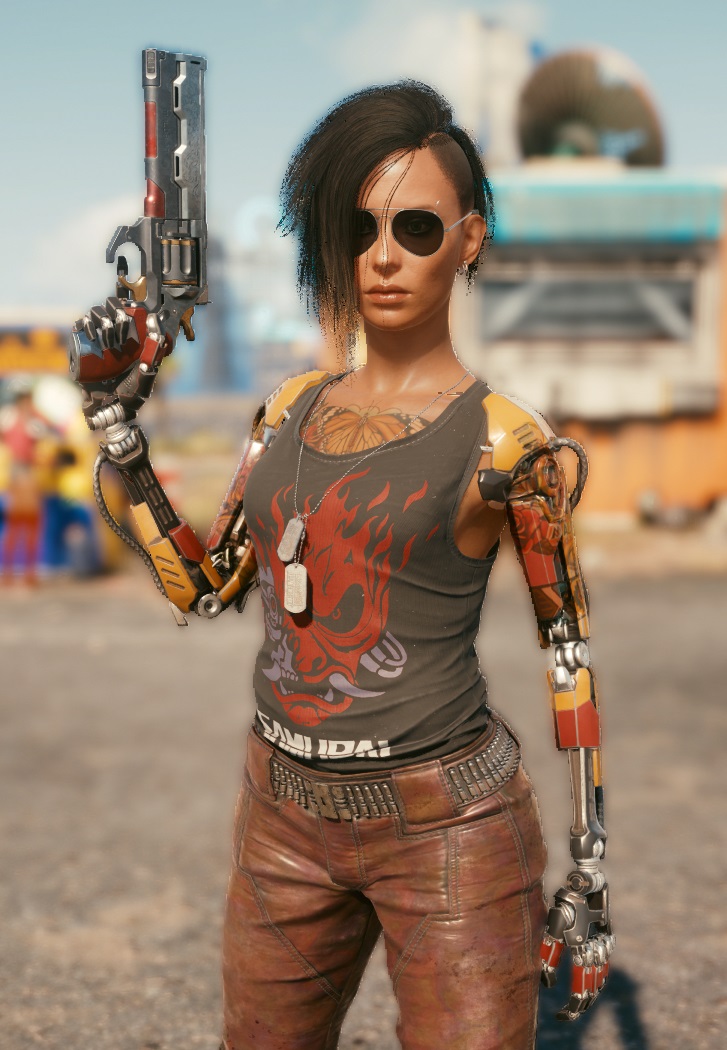 These robot cyberarms are my fave, gotta get me some more street cred. (Screenshot from Padhiver on Nexus Mods.)

Full instructions on how to download any of these mods yourself can be found on their respective pages on Nexus Mods, which I’ve littered links to throughout this post.

If cosmetic tweaks aren’t your thing, get a load of our other favourite Cyberpunk 2077 mods.

My personal review of this game is just “hey, at least I can make myself look cool”. For some proper thoughts though, do give Graham’s very good Cyberpunk 2077 review a read.