They say revenge is a dish best served cold but for EastEnders‘ Sharon Beale, it was warm – and served with garlic bread. Tonight’s gripping episode saw Sharon put her final plan into action, but there’s just one minor niggle that we can’t seem to shake off and it’s regarding her alliance with ex-husband Phil.

In case you have been living under a rock these last few weeks, or wondered why a rapidly deteriorating Ian currently looks (and is) like a dead man walking, Sharon has been plotting to kill her new husband – slowly, slyly and somewhat imperceptibly – with her revenge scheme culminating in tonight’s suspenseful scenes. 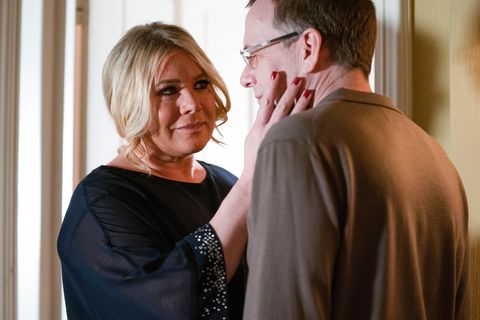 Having been unveiled as the mastermind behind Ian’s December attack, Sharon – a little peeved that it hadn’t gone according to plan initially – has decided to do things her own poisonous way (literally) and has been drugging Ian’s food ever since. Sharon wasn’t entirely alone in her revenge plan, as she’s had more than a little help from Phil – who also wants Ian to pay.

Sharon and Phil’s thirst for revenge dates all the way back to last February, when 14-year old Dennis lost his life amid the celebrations on the Thames. After learning that Dennis had been bullying his vulnerable son Bobby, Ian had cruelly locked Sharon’s boy in the lower deck of the boat in the moments before it crashed. Ian’s actions were deplorable, there is no question of that. But hold on, who actually caused the boat crash to start with? Phil. Yes, Phil. 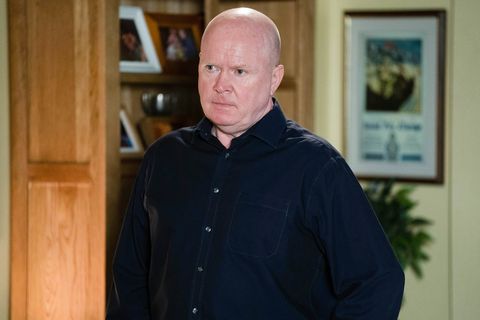 Now, this is where we struggle to get behind the idiosyncrasies of Sharon’s scheme. She’s been at the centre of the show from the start and many of her questionable decisions over the years have invariably been double-edged and ambiguous. Until this one.

If we cast our minds back to last February, EastEnders bosses teased that this story would run for a year, and despite unprecedented delays due to Covid, it has and most likely will. It was also clear from the start that Sharon’s once-unbreakable friendship with Ian would never be the same again due to the part he played in Dennis’s death. But amid her outlandish revenge plan, Sharon, inexplicably, seems to have conveniently brushed over the fact that there was someone equally, if not more, responsible here and that’s Phil – her partner in crime. 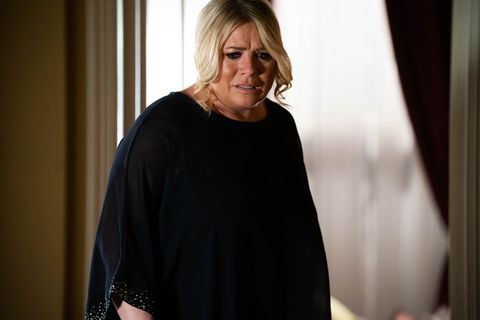 In case you need reminding, it was indeed Phil and Ben’s showdown with Keanu that caused the boat to crash in the first place – something which this convoluted story has been trying its best to dilute. Granted, EastEnders did address Phil’s part in Dennis’s death almost immediately afterwards back in March, when he handed himself into the police over the crime.

But a funeral bust-up and a couple of showdowns later, Sharon had buried the hatchet with Phil, so much so that he was the first person she turned to upon hearing Dennis’s tragic final voicemail in unseen scenes back in October. Since Christmas, we’ve continued to see Sharon and Phil repeatedly reiterate why they are so determined to bump off Ian – all the while ignoring the major elephant in the room.

Despite the whimsical nature of this plot at times, there’s no denying that tonight’s episode was a thoroughly tense 25 minutes of television. By this point, Ian had gotten wind of Sharon’s deadly dinner, sparking some uncertainty over which one of them was actually going to eat the poisoned pasta (spoiler alert: neither of them). 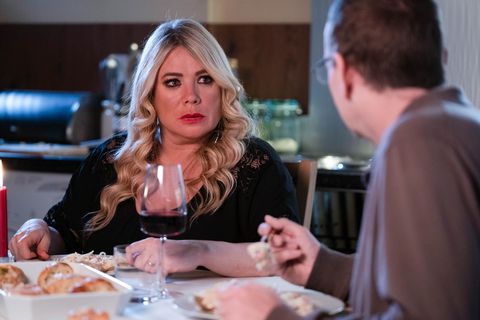 Backed into a corner, Sharon was forced to confirm Ian’s fears: yes, she knew everything, and yes, she was trying to kill him. What followed was the showdown we’d all been waiting for as Sharon gave Ian a harsh helping of home truths (“You’re pathetic. The runt of the litter. Everyone hates your guts, even your own kids because you are mean, selfish, small-minded and a coward. You don’t deserve to live”), prompting Ian to finally own his mistake.

Maybe it was because Phil had been this honest from the start, and maybe it was because Ian absolutely hadn’t, but it felt strange that this extreme treatment never applied to Sharon’s ex-husband; the man who had helped raise Dennis. In fact, Sharon was seemingly happy for Phil to go entirely unpunished for his own mistake, but wanted Ian – her oldest friend – to die for his.

It could be argued, of course, that Sharon’s grief is the driving force behind her out-of-character behaviour of late; skewing her vision and clouding her judgement. And that’s entirely likely. But the underlying factor at play here isn’t actually a one-off. In fact, the unbalanced nature of Ian and Phil’s punishments for their separate, but equally valid, roles in the boat crash is reflective of a wider Mitchell-shaped problem on the Square – and the show.

We’ve lost count of the times that Phil and Ben have become embroiled in a crime of some sort, only to walk away scot free and without any form of proper punishment. Human trafficking, money laundering, kidnapping, and in this instance, causing a fatal boat crash – the Mitchells’ mistakes seem to be over and done with in a couple of episodes, before being brushed under the proverbial carpet. However, Ian’s own wrongdoing, albeit a big one, gets dragged out across a year and nearly costs him his life. 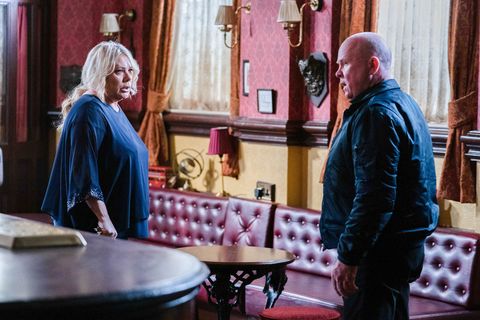 As Sharon rightfully pointed out last year, Phil’s involvement in Dennis’s death meant that history well and truly repeated itself, as he’d also played a fundamental role in Original Dennis’s death as well. Two of the people Sharon loved most in the world and Phil was, in some way, responsible for both their tragic fates. But yet he’s never had to sit down for Sharon’s killer carbonara.

All this said, our slight bugbear with this story doesn’t take away from Adam Woodyatt and Letitia Dean’s astonishing performances throughout, and most notably tonight. The scenes were undoubtedly some of the strongest in a very long time and we’d expect nothing more from two EastEnders originals. It’s also important to mention that Sharon did ultimately do a U-turn on her killer plan – something she wouldn’t have been able to do if Phil hadn’t been interrupted during the initial attack. Whether she can be redeemed now remains to be seen, but she’s bounced back before and we’re hopeful she can again.

This story has also provided us with a sense of nostalgia in its ability to bring together three iconic characters – Phil, Sharon and Ian – when it would otherwise be unlikely to find a situation in which they all interacted for this long. It’s also provided us with some great side plots – such as Ian’s attack (‘Who attacked Ian?’) – while simultaneously sparking some new ones, now he appears to have scarpered (‘Where is Ian?). 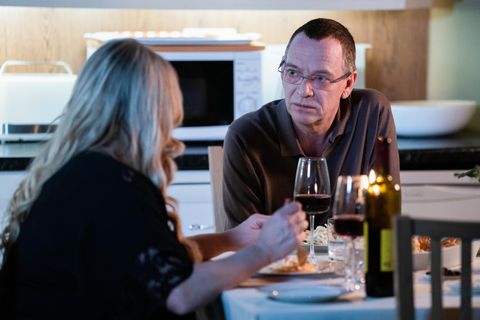 In a land where characters can rise from the dead and Sharon can become a Beale, we all know that realism doesn’t always have to play a crucial role to make watchable entertainment. Sometimes it’s simply easier to accept a story for how it is playing out on screen in front of us, and tonight, that was a dramatic pay-off to the show’s longest-running plot – even if there were a few bumps along the way.

EastEnders continues on Monday, January 25 on BBC One.

Digital Spy now has a newsletter –sign up to get it sent straight to your inbox.