The resignation of Mirga Gražinytė-Tyla as Music Director of the City of Birmingham Symphony Orchestra in mid-2022 will bring three job offers instantly to her inbox.

The London Symphony Orchestra, who need to replace Simon Rattle in 2023 if not sooner, loved working with her last month and will be first in with an offer, which she would sensibly refuse if her priotity is, as she says, to focus more on personal and musical matters. The LSO requires lots of touring, which is not compatible with raising a young family.

The New York Philharmonic will be on the phone the moment it wakes up today. Its president Deborah Borda worked with Mirga at the LA Phil and greatly admires her. New York needs to move on from its undistinguished Jaap Van Zweden era and a young woman at the helm would be a clear signal of renewal. Salary negotiations will start at $2 million. She could hold out for $3m – if she wants it.

The LA Phil are looking beyond Gustavo Dudamel, who now lives in Spain is angling for a European post. Mirga likes LA, LA likes Mirga. It could be a fit.

Closer to home, there are three or four German and French orchestras who will come bearing gifts. 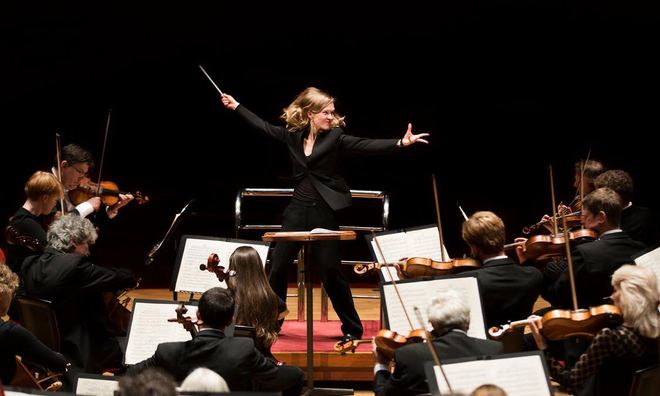