The Walford police will begin investigating Ian Beale’s disappearance in EastEnders next week.

Ian exited the Square in Friday’s episode, leaving under the cover of night without saying any goodbyes to his family after discovering his wife Sharon (Letitia Dean) had been poisoning him.

It’s not long before the walls begin closing in on Sharon next week, as Max Branning (Jake Wood) discovers she actually has done nothing to find Ian since he disappeared. 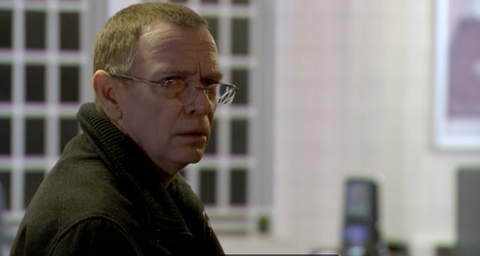 Kathy Beale (Gillian Taylforth) is worried about Ian’s whereabouts too, but Sharon tries to put her off by insisting her husband has probably just gone out for the day.

An increasingly-desperate Sharon questions Phil (Steve McFadden) over whether he’d done anything, but Phil reveals Ian was already gone by the time he turned up at the Vic.

Max’s suspicions are raised further when Sharon promises him that she will make some calls to find out where Ian has been – therefore giving away that she hasn’t actually been looking for him!

Kathy turns up again the following day when nobody has heard from Ian, where Sharon accidentally reveals that he left after they had an argument. 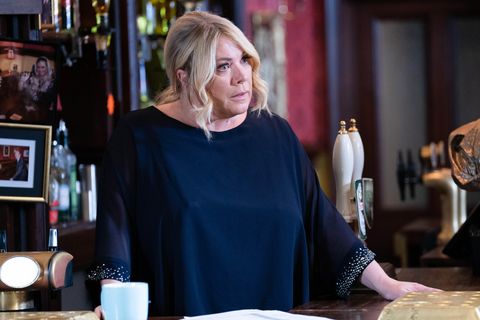 Ian’s mum threatens that she’s going to go to police unless she gets some real answers over Ian’s condition, but the long-time enemies are interrupted by Ian’s son Bobby (Clay Milner Russell).

Bobby drops the bombshell that he has already alerted the police and they’re requesting the entire Beale family – and Sharon – make an official statement!

Adam Woodyatt is going to be away from EastEnders for an extended stretch throughout this year, to take the starring role in Churchill Theatre’s production (and later touring company) of the play Looking Good Dead.

EastEnders will air Max and Sharon’s confrontation on Monday (January 25) at 8.05pm on BBC One.