The following article contains discussion of themes including sexual abuse that some readers may find upsetting.

Friday night’s episode (January 25) of the BBC One soap saw Frankie urge Mick Carter (Danny Dyer) not to report Katy to the police, despite Mick recently confiding in Linda that Katy sexually abused him as a teenager in a care home.

It seems Frankie’s plea worked, as Katy has yet to be questioned or arrested for her crimes.

And Shirley’s not happy.

In scenes to air on Monday, January 25, Shirley has clearly had enough of waiting for justice to be meted for her son.

While standing on Albert Square with Linda, Shirley is eager to know why Mick hasn’t reported Katy to authorities yet, leading to a heated confrontation between the pair.

Will Shirley get through to Linda?

The tense scenes between Shirley and Linda follow Katy’s son Jed turning up in Walford. 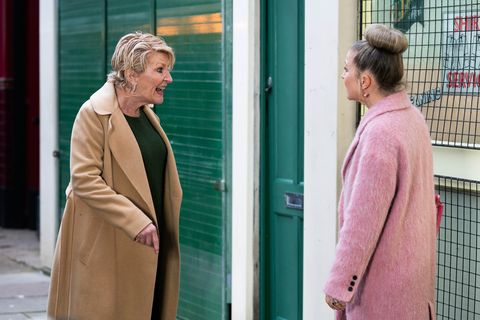 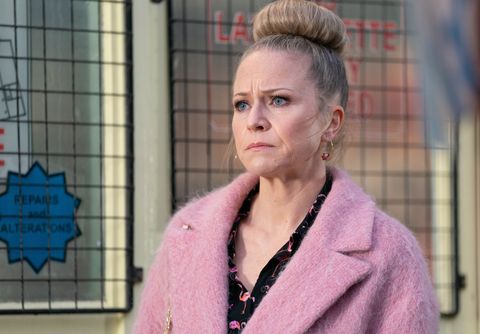 They also follow Frankie being left disgusted after a showdown with Katy during Friday night’s episode.

Has she finally had enough?

EastEnders airs on BBC One.

Readers who are affected by the issues raised by this storyline can contact the NSPCC Helpline on 0808 800 5000 or by email via help@nspcc.org.uk.

The SurvivorsUK National Online Helpline for Male Survivors can be reached from 12pm – 8pm every day via http://survivorsuk.org, by text (020 3322 1860) and by email (help@survivorsuk.org).