‘I felt so low’: Ranvir Singh, 43, admits she felt a ‘strange comedown’ following her Strictly stint after being partnered with Giovanni Pernice, 30

By Nicole Conner For Mailonline

The Good Morning Britain presenter, 43, admitted to experiencing a ‘strange comedown” after she got the boot from judges in the semi-finals in December.

Speaking to GMB hosts Piers Morgan, 55, and Susanna Reid, 50, on Monday, she added that the feelings were something many former contestants felt once exiting the show. 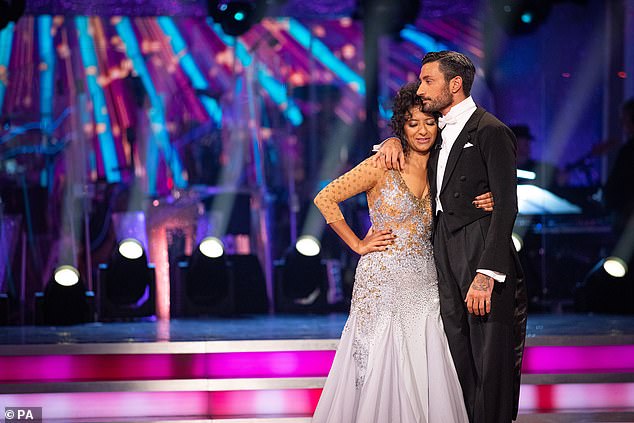 ‘I felt so low’: Ranvir Singh, 43, admitted she found it tough after leaving Strictly Come Dancing last year while talking to GMB hosts Piers Morgan and Susanna Reid on Monday (pictured on Strictly in December)

She said: ‘The second week out I felt so low and then I was messaging Clara [Amfo] and Max [George] and they were going, “Yeah, it happens to everybody”. Everybody gets this comedown – it’s so strange.’

The star had performed alongside professional partner Giovanni Pernice, 30, and  narrowly missed out on a place in the Strictly final as they lost out to Jamie Laing, 32.

She previously spoke about feeling more confident after losing so much weight before she started the competition.

Ranvir lost half a stone before Strictly started and continued to shed the pounds each week. 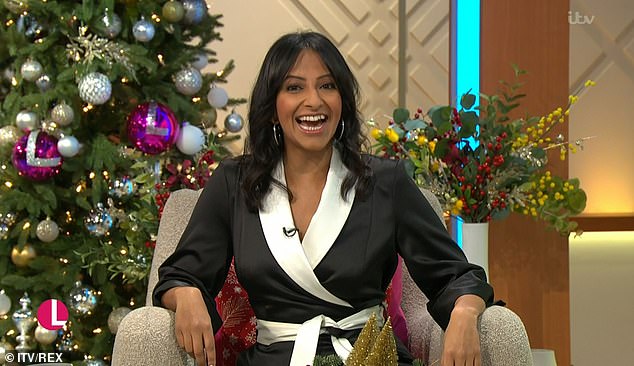 Glamorous: The Good Morning Britain presenter (pictured) said she felt ‘so low’ after she left the show, narrowly missing out on a place in the Strictly final

Speaking to the Daily Star at the time, she said: ‘My body has definitely changed. It’s hard work doing Strictly and my body has responded to that.

‘I feel much trimmer and better in myself. It has been incredible. The dress I am wearing this weekend is one that was made for one of the professionals. That’s amazing for me.’

‘They push their bodies through. Even if they haven’t eaten or they have a lack of sleep, they push themselves. It is remarkable.’

The TV presenter previously opened up to her GMB co-hosts Piers and Susanna about going on a diet before the show started. 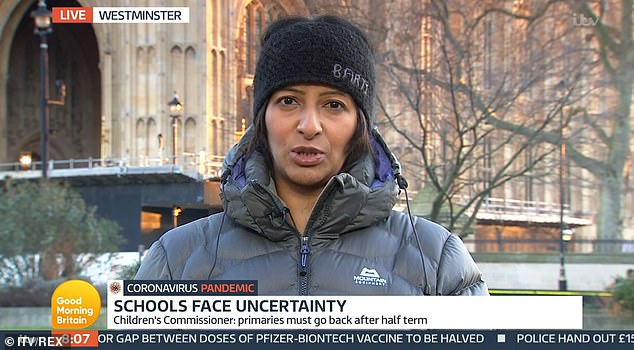 ‘I felt so low’: Speaking on GMB, Ranvir added that the feelings were something many former contestants felt once exiting the show

She said: ‘Shall I tell you the truth? I weighed myself this morning. Are you saying I look slimmer?

‘I weighed myself and I’ve lost half a stone. Don’t follow this rule, but I am so scared I can’t eat.

‘Because I think if I eat I’m going to be sick. I’m eating lots of fruit and stuff. But the poor fella has got to lug me around I feel sorry for him.’ 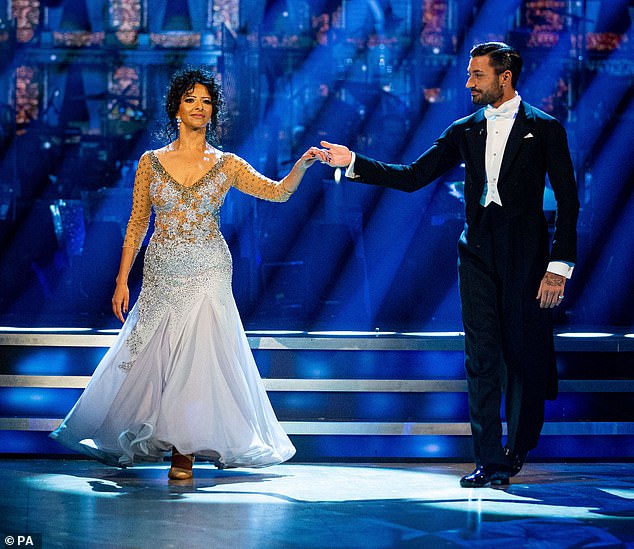 Transformation: Ranvir lost half a stone before she even started the competition and continued to shed the pounds each week