Billie Eilish opens up about her romance with rapper 7:AMP and their eventual split in new documentary: ‘I just wasn’t happy’

Billie Eilish is giving her legion of fans an unvarnished look into her personal life and the creative process behind her hit debut studio album in the new documentary, The World’s A Little Blurry, which dropped on Friday.

The doc follows her from the latter part of the recording for — When We All Fall Asleep, Where Do We Go? — to the 2020 Grammys, where she took home four trophies out of six nominations at the tender age of 18.

The 19-year-old, who has largely kept her dating life private, opens up about her relationship with rapper 7:AMP (born Brandon Adams), 24, whom she calls ‘Q.’

In the beginning of the Apple TV+ doc, she can be heard telling Q that she loves him over the phone, but as it gets close to the end Eilish breaks it off with him. 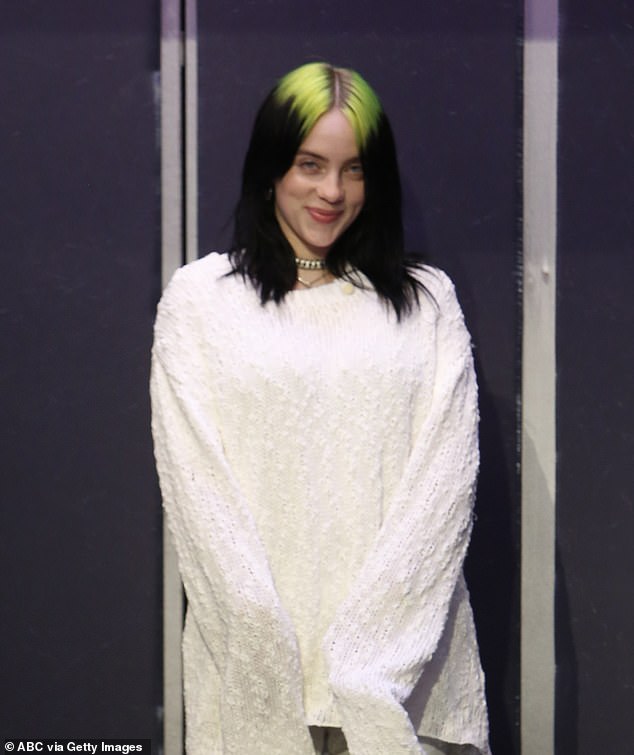 Revealing: Billie Eilish, 19, opens up about her romance with rapper 7:AMP (born Brandon Adams) and their eventual split in the new documentary — The World’s A Little Blurry

As more is revealed, Eilish can be seen having a difficult time getting ahold of Q while she’s out on the road touring, and again when she returns home to Los Angeles, where he also resides.

She would go on to break it off with him during a conversation before she hit the stage for a gig at Pier 17 in New York City.

‘I just wasn’t happy. I didn’t want the same things he wanted and I don’t think that’s fair for him,’ the Everything I Wanted singer says.

‘I don’t think you should be in a relationship super excited about things that the other person couldn’t care less about.’ 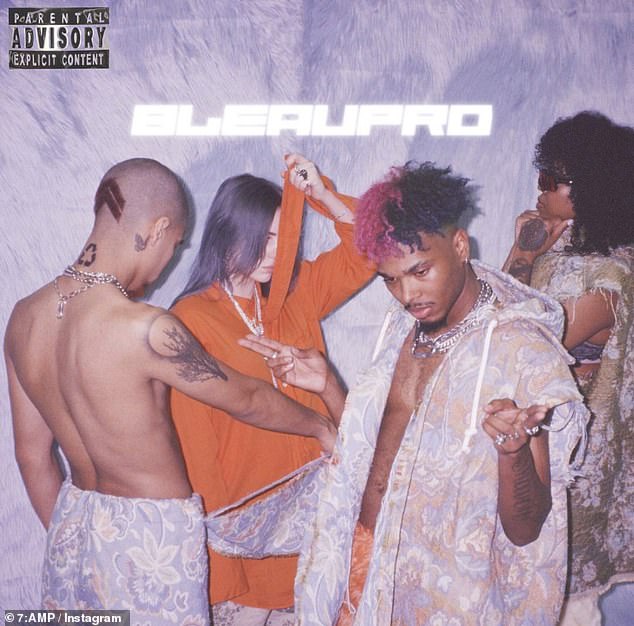 The way we were: Eilish can be seen on the cover of 7:AMP’s new album — BLEAUPRO

Trying to be honest with herself, Eilish elaborates about how she didn’t think the state of their romance was ‘fair’ for either one of them.

‘There was just a lack of effort. I was literally like, “Dude, you don’t have enough love to love yourself so you can’t love me, dude. And you don’t. [laughs] You think you do.”‘

With some time to reflect on the demise of the relationship, she admits she still loves Q.

‘I’m not over him, I didn’t find someone else. I didn’t stop having love for him,’ she explains. 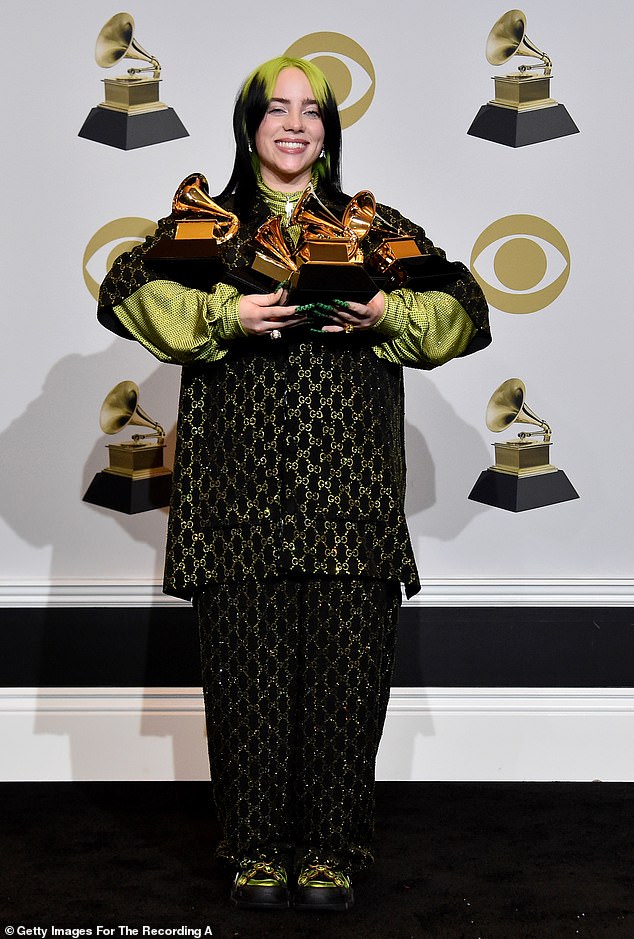 Behind the scenes: The doc follows the teen artist from the latter part of the recording for her debut album — When We All Fall Asleep, Where Do We Go? — through to the 2020 Grammys, where she took home four trophies out of six nominations

There’s a scene in the doc where Eilish forgets lyrics to one of her songs during a show at Coachella and calls Q, seemingly for some support. Before hanging up, she throws the phone on the floor in frustration, as reported by People.

Q would go on to break his hand after hitting a wall, and Eilish reveals to a friend: ‘I’m trying to get him to go to therapy. He’s so self-destructive.’

In another scene, she discloses that Q didn’t get her anything for Valentine’s Day, when asked about how they celebrated the lover’s holiday.

Eilish had a quick rise to fame after her breakout song, Ocean Eyes, in 2015, when she was just 13-years-old.

Four years later, When We All Fall Asleep, Where Do We Go? debuted at number one on the Billboard 200 and became one of the best-selling albums of 2019. 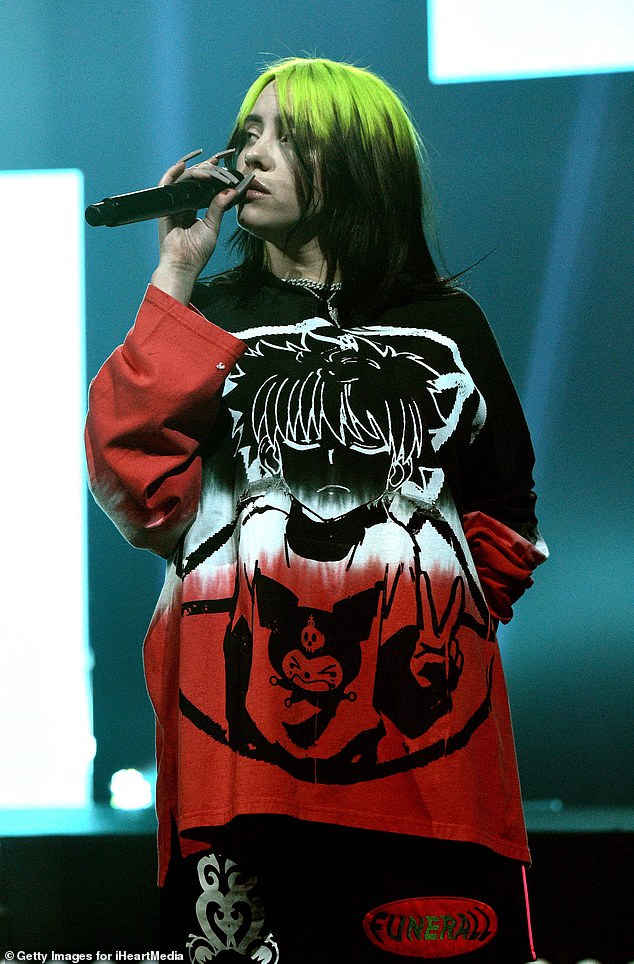 Honest: ‘I just wasn’t happy. I didn’t want the same things he wanted and I don’t think that’s fair for him,’ the Everything I Wanted singer confessed; she is pictured in January 2021